Wipe That Smile Off of Your Face, Miku!MiscPrevNextPrevNext

Scones1 year ago
Wipe That Smile Off of Your Face, Miku!

Hello China plates. In the meantime until I finish the second and third articles of my series (the one started by “Realistic Twists To Figures + Unique Lighting Figures”), I present another niche figure idea. Also, please give insight on my other idea at the end.

Hatsune Miku is a never-ending high point, a wishing well, and a comfort. Her figures are universally enjoyable, the high point. Our wishes will become reality if we entrust them to Miku; songs becoming well-known, music videos receiving millions of views, art becoming a figure - the well. And she’s present in lots of collections, mainly because Miku can easily be seen as an ideal - constantly cheerful, successful and unlimited.

However, Miku could be humanized and live with more sincerity. I’d love to see a morose Hatsune Miku. A figure that depicts her saddened. That’s be a perfect foil to the usual figures! I don’t believe downcast figures would work for most series or characters, since the best way to handle them, with fitting lighting and attention to environment, doesn’t exist yet. But the irony of a melancholy Hatsune Miku figures makes up for that fact.

I mention Miku figures holding the potential to be dejected because Miku is ridiculously versatile, and if I discussed the concept of melancholy figures getting manufactured for other series, it’d become a very similar article to another I have. And my point is on modifying the image of Hatsune Miku figures.

To clarify what a figure of this concept would be to me, I don’t mean a figure of Miku wailing and collapsed on the ground. My envisionment is she’d have slightly sad expression, reserved body language and a negative amount of “good vibes.” The base would have a closed-in view of a blurred city scape’s lights, like rain smudging the view seen by a window. Miku holding an umbrella with water droplets on her hair, similar to a few hot springs figures, would be perfect for me.

Comment Miku designs and their titles, hinged on sadness and beauty. If I receive any comments, I’ll sketch them out and post them as a separate article. (This concept is similar to that of bomhat’s free sketches articles, but I asked and was given the ok to do this. Inspiration goes to bomhat.)

The hair colors of this illustration/its figure counterpart would work well on the described Miku.

Now for my question:
Would anyone like to contribute thoughts or receive an interview on the nature of ego, confidence, justice and disagreements on MFC? I don’t care that there are polarizing, foolish, or distasteful articles and out-of-proportion arguments on here, but about something I can’t put my finger on yet, that’s tied to those.

The idea is pretentious, I know, and that’s why I need intel from everyone, rather than what I perceive to be the truth with no research.

Cloudberry
BVibes • 1 year ago • #65184982I imagined a keeno song would be good too but I couldn't remember a specific song/image to choose at the time. That image would be perfect, they could definitely make a Miku Dark Append figure.

Yay a Keeno fan~ Keeno is one of my favorite producers and makes touching (and sad) songs. My other choice from Keeno with similar rain theme is in the rain from the album with the same title: 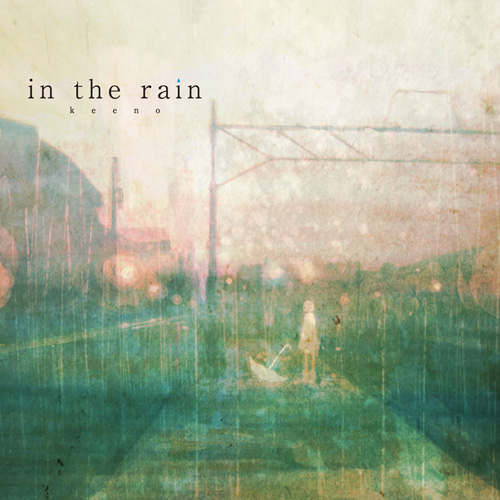 Here's the song with English translation included www.youtube.com... Bonus: this person added a "Miku in the rain" theme for the song on youtube which is pretty nice and I might make this as my wallpaper...


And I would love to see another Miku Append figure; I think her design is pretty unique with her simple short sleeve top, sleek leggings, and her being barefoot.
1 year ago⊛

Rajke Ca Fanatic
You got some interesting point there. Miku is different from most characters because her songs are created by different artist and therefore also her character differs. Not only that of Miku but also some other vocaloid characters. And i fully agree. There is much more to Miku (and the other vocaloid characters) than her happy side. Besides her sad side she has also her angry, arrogant, annoyed, desperate, shocked and uncomfortable side for example. I think it would be nice to see some of the Miku figures with a different vibe around it.
1 year ago

BVibes
Cloudberry • 1 year ago • #65081580Your envisionment reminds me of a song by Keeno called "alternate" from the album before light.

It's about a sad and one-sided love triangle and Miku (or the singer's POV) sings a song about how she is in a relationship with a lover but that lover has a heart for someone else... Yet Miku does mind being the "alternate lover" due to love :\
It's sad, tearful, and sympathetic... It's a feeling many people had, felt, or understand at one point in their life :\
Here's the song: youtu.be/PvGvmO... and translation hazukinoyume.wo...

I imagined a keeno song would be good too but I couldn't remember a specific song/image to choose at the time. That image would be perfect, they could definitely make a Miku Dark Append figure.
1 year ago

bisexual moeshit
not exactly miku but the character haku yowane was based off of people who would get the miku software, make shitty music and complain about not being famous. shes kind of an antithesis to miku, being a more mature character who is a brooding alcoholic. her popularity died off at around the turn of the decade once miku became popular outside of the music software but shes still my favorite vocaloid and i wish there were more figures of her ;-;
1 year ago

bambipie
Im really interested with where you are going with that last question.
1 year ago

katzohki
Hmmm... Interesting. So Miku is supposed to be an idol singer right? Perhaps the fact that she is always depicted as joyous reflects the nature of an idol singer. She is always on stage, always smiling because that is a persona, a performance. Miku is probably a stage name even.
1 year ago

SebastianLover
As much as I love a smiling, cheerful Miku, I think somber Mikus would be very interesting and give Miku some depth. It's what makes the Love is War Miku figure stand out.
1 year ago

SoraxHaruka
BVibes • 1 year ago • #65081531I also back up a Rolling Girl figure or Unknown Mother Goose figure eventually. I wonder how people would take it at the moment tho with wowaka's recent passing on people's minds (too soon?).
I've wanted one of Utata-p's/ wogura's works as a figure, maybe the first image of www.youtube.com... fits? The alternative expression would also be great but doesn't fit the topic. Always liked the art for Chain Girl too www.youtube.com... , especially around the 2 minute mark.

Rolling girl and unknown mother goose are my 2 favourite miku songs. wowaka was a great artist
1 year ago

Cloudberry
Your envisionment reminds me of a song by Keeno called "alternate" from the album before light.

It's about a sad and one-sided love triangle and Miku (or the singer's POV) sings a song about how she is in a relationship with a lover but that lover has a heart for someone else... Yet Miku does mind being the "alternate lover" due to love :\

It's sad, tearful, and sympathetic... It's a feeling many people had, felt, or understand at one point in their life :\

Mewsie The magi-cooliest✧
I'd love a Magical Girl Eudaemonics figure~

The song goes from this

,
and there's a lot of other great imagery in the video, too~
plus it's my fave Miku song lol
1 year ago
View more comments