Bah-Roo7 months ago
So IDK about y'all but when I was in middle school sometimes my friends and I would make a big deal out of it when one of us had just freshly shaved our legs. We'd hike up our long uniform skirts and be all "omg feel my leg u guys, it's so smooth...like touching a baby dolphin"

The other day I came across a figure ITEM #872735 with a girl presenting her leg in alluring, inviting way.
Almost as if she was tempting me to feel her leg...
The phrase "feel my leg I just shaved" popped into my head after that thought and I had a small chuckle to myself. Some time later I saw this blog post by @EXkurogane, showcasing a photo of another anime girl figure ITEM #806257 with her leg sticking out in a pose where it was almost as if she was saying
"Hey senpai, wanna feel my leg? I ᴊᴜsᴛ sʜᴀᴠᴇᴅ"

Having seen two figures with a similar theme/idea, I had an idea; "Hey, I wonder if there are any more figures that are similar to this??" And then; "Hmm. Maybe I should make a club on MFC for this weirdly specific thing...."

So, MFC, I have two questions for you.

Firstly, is this a club you would like to see made on MFC? (lol)

Secondly (and perhaps more importantly), are there any figures you can think of that fit this theme? Figures involving a pose with legs being highly prominent; legs being presented (in a bold/dramatic fashion)? Preferably bare legs, but even just figures that have poses where the legs are being presented in a way that can evoke the feeling and vibe of "feel my legs I just shaved"... even if said leg(s) are clothed; it's the feeling that counts.

Lastly, as a fun bonus, I was thinking if I did make a club out of this, what would I use as the club's avatar and/or main picture to put in the description? In my meme research, I came across a fanart of the following picture;

I thought it was pretty funny (I assume this came about as a spin-off of the kabedon meme. PS - see also) but then I wondered if there would be some more appropriate anime characters to use in this pose? So, that's a bonus question I ask you - what anime characters can you envisage as being a good fit to recreate the above picture?

Anyway, if you've made it this far through all my nonsense, stick your leg out and give it a shake! Then pat yourself on the back with it.
1,429 hits • 0 like • 28 comments

chiyara
These two are my 'leggiest' figures lol
(NSFW)
ITEM #396963
ITEM #236217 (wearing socks, but the way one's half kicked off kinda reminds me of school days when as you said, girls would pull down their socks and be like feel my leg I just shaved XD)
7 months ago

salvo_one
I think ITEM #61481 almost fits the bill, but given the other aspects of her pose and expression I feel she'd be saying it with a bit of seductive sarcasm
7 months ago

vgadict
Here are some older Ikki Tousen figures to consider:

vgadict
I think having a club that features characters proudly showing off their legs is a cool idea! I'm not sure how many figures you'll find that fit the theme, but here are a couple that might:

billowsandsmoke
Bah-Roo • 7 months ago • #70682644That fits pretty well actually haha. Ahhh, please show us the correct tumblr link, I'm curious as to what post you meant...

noctisity • 7 months ago • #70682149You posted the figure link twice instead of linking to Tumblr. (Which I'll be honest I really wanted to see if it was the same post I was thinking of lol.)
Whoops! Here's the real link!
7 months ago

Sundae
First one I thought of is Catherine: ITEM #78655
7 months ago

Bah-Roo
Interdict • 7 months ago • #70674097Oh my! You have corrupted my mind. I will be thinking of that every time I see a figure now with their leg out.Well then...

AppleNapoleon • 7 months ago • #70681578This is an absolutely wonderful idea for a club and I would 100% join it!
Though she's not in the database, I feel that Myethos' Cheshire Cat would fit. 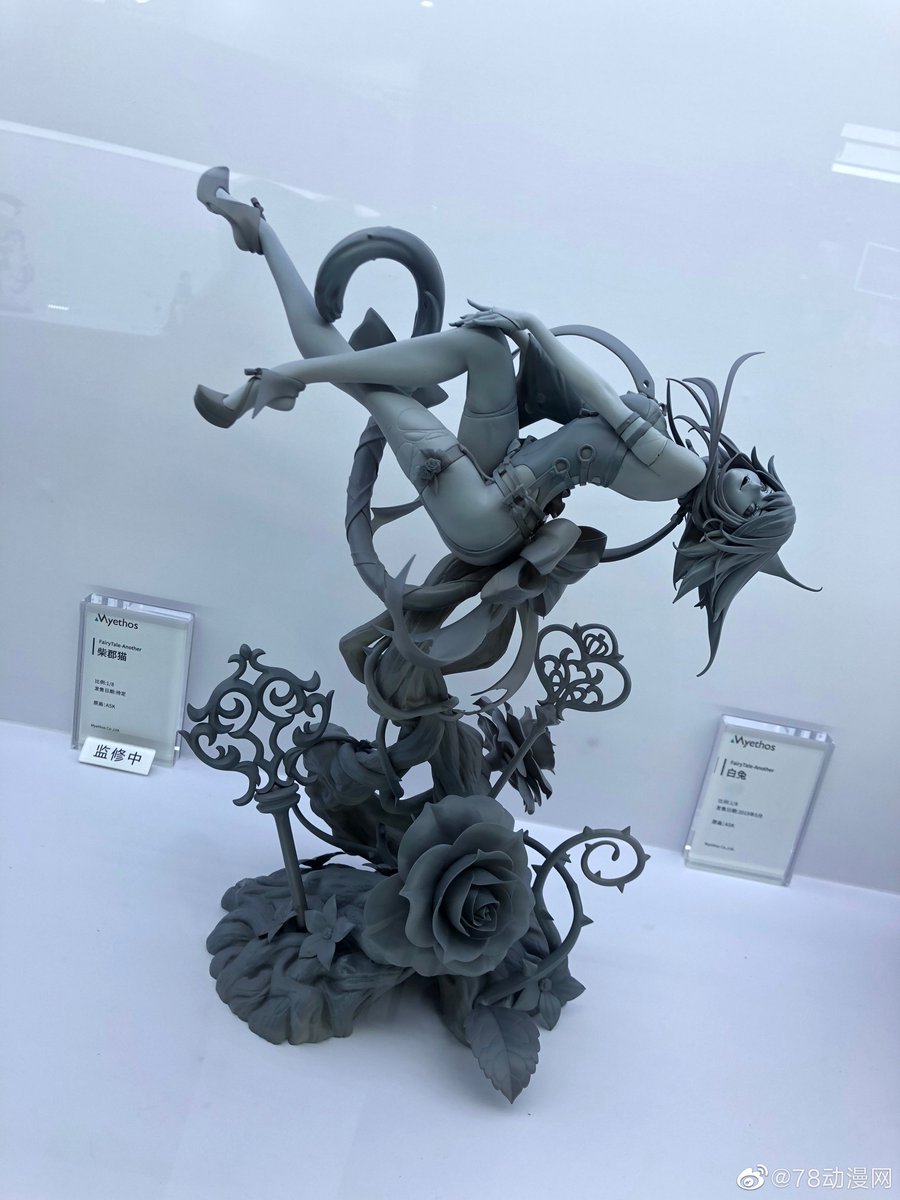 She stick that leggy out.
Ooooh, I love that!!! Myethos is so good, I wish they were allowed in the database more openly.

spinners_grove • 7 months ago • #70680697haha every time I shave after having not shaved for a while, I think about this tumblr post. 10/10 relateable content.
You should make the club if you want to! I can't really think of any relevant figures off the top of my head (maaaaaybe ITEM #276?) but that's one of those things I can stick in the back of my brain and keep an eye out for. :)That fits pretty well actually haha. Ahhh, please show us the correct tumblr link, I'm curious as to what post you meant...

kururin • 7 months ago • #70680181MFC needs more lighthearted posts like these.
Also, I didn't know those memes were a thing. The internet surprises me everyday.
As for figures . . . I know of two that may fit your idea. Despite her boots, there's ITEM #134777, and then there's ITEM #143040, although she looks more like she's calling for a battle than calling for her senpai.
Good luck with your search!Yeah, it was a rather silly idea for a post but hey I am pretty silly so... :P Ooh, I like that girl with the boots! Perhaps she's doing the opposite; she hasn't shaved her legs in months so she's covering her legs up lol

"Feel my legs, I just shaved them"
I see someone already suggested Robin, so I'd like to add ITEM #785696
and ITEM #527899 who also may fit the bill.That gif is perfection, thank. I can hear the "SLAM!" sound effect. Also, oui, those figures fit the bill quite well!

SebastianLover • 7 months ago • #70674967This is the first figure that came to mind. I think she fits the bill: ITEM #604230.
Your middle school story reminds me of how everyone in my high school hated that the uniform required stockings but that the one good thing was that we could get away with shaving less often.XD I still preferred knee socks though.Oh, she definitely fits the theme, lol! Perfect leg presentation, 10/10. I loved stockings for that reason too!! For middle school our skirts were suuuper long so it didn't really matter too much anyway.

IxianNavigator • 7 months ago • #70675107I've just ordered ITEM #166936 a few days ago. I guess it fits somewhat. Thematically considering she is focusing on playing some game, and the showing of the legs seems unintentional on her part, but it's certainly the main point of the figure visually.I love that figure!! I really want it some day...she is too cute. Doesn't quite fit, but if you can take the game controller out of her hand and replace it with a leg wax kit then yes XD

LemonMIntCat • 7 months ago • #70675632Yo, I would probably join such a club (soft legs are great except I am so lazy about it myself). In companion to the Akane, there is this Rikka prototype, ITEM #806000. I'm looking forward to that figure! Can't wait to see it painted. I imagine there could possibly already be a club on MFC that's about legs (like, sexy legs), but not specifically about legs being stuck out or posed dramatically haha
7 months ago⊛
View more comments