Would you get a tattoo based on an anime/manga series?Ask MFCPrevNextPrevNext

Azulloria15 days ago
Full disclosure currently, my only experience of tattoos is designing them for my friends. Personally, I would like to get a tattoo one day (I actually have my first tattoo planned I just have to find the right place) and I've been contemplating whether I would ever get a tattoo based on a series/ character(s). I've come to the conclusion that currently the only anime/manga series I would get a tattoo of is a watercolour tattoo of One piece (Partly due to sentimentality towards the series and partly due to it being one, if not my favourite manga, of all time). Though, that sentiment might change after getting that first tattoo. Since, I've seen friends going from "I'll get one tattoo" to a full sleeve XD

So, would you get a tattoo based on an anime/manga?

TheClive
I don't want any tattoos for myself, but if I did, I wouldn't mind at all having an anime/manga tattoo at all (and I'm pretty sure I would)
8 days ago

tybalitus
I have a couple of tattoos but they're mostly floral or American traditional, all done in blackwork. Some of them have meanings while others are just aesthetic. I wouldn't get any anime or pop culture pieces, but I've seen them done well on other people. I personally get tattoos because I love the art, and my interest in tattoo art/culture/history far outweighs my interest in anime honestly. I don't really want to have something visible and permanent to represent media I like, especially when those tastes change, and you never know if another season/ending/actions of the creator might ruin a series for you. But that being said, I know some people don't mind that because it's more about what it meant to them/their journey.
13 days ago⊛

kiririiin
I really want one but I don't know what to get and where. And I hate needles so...
14 days ago

SegaGirl5000
beargolfer • 14 days ago • #97909741I actually already have one!! On my ribs, it's from the very end of Madoka Magica, the final words that appear on screen while Houmura is walking. It even has a figure based on these words: "you are not alone."
This is a great tattoo!! i kinda want this now wth
14 days ago

beargolfer
I actually already have one!! On my ribs, it's from the very end of Madoka Magica, the final words that appear on screen while Houmura is walking. It even has a figure based on these words: "you are not alone." ITEM #140902

I chose this because 1) Madoka has been my favorite anime for a decade at this point, it means so much to me and 2) it's subtle enough to where I can pass it off as a non-anime tattoo if I want!

and what the tattoo was based on!

EDIT: as for future ones!! I plan on getting a TWEWY one and a Fate one in some capacity, though I'm not sure what exactly yet.
14 days ago⊛

dejektedski
I've never gotten a tattoo, but I've debated on getting a Poké Ball outline somewhere. idk, just something small and subtle from something that's been part of my life for most of my life.
14 days ago

atragicsquirrel
I haven't gotten any tattoos yet and I have a couple planned already for when I do, but I do think at some point I need to get Todoroki tattooed on me. He's become so essential to my identity and helped me get through so much just by existing that I think having him tattooed on me forever will always be a reminder to me of how I wouldn't be where I am today if not for him. I just have no idea what I would want it to look like or where I would get it :/
14 days ago

kookoobear
I don't have any tattoos yet however I do want my first one to somehow be studio ghibli related. I've talked to my sister and she thinks it'd be a nice idea for the two of us to get matching soot sprite tattoos which I think would be adorable but I also wouldn't mind having one of jiji from kikis delivery service
14 days ago

darkinsanity13
There's several tattoos I'd like to eventually get, but doing so requires spending less on anime merch (like many other things in my life), but also being brave enough to go to an artist and let myself sit there and get stabbed by needles for like an hour or more. Because I can somewhat tolerate getting stabbed for medical reasons so long as I don't look, but hard to do that with tattoos, lol.

I think the main things I would get are Orihime's hairpins (possibly with her Shun Shun Rikka flying around them), the Flamel symbol from FMA, either the Thalassa shell charm Kairi gives Sora (which then forms the Oathkeeper keyblade) or a paopu fruit, and finally the Triforce and/or the Silent Princess flower from Zelda. I know the last two aren't really anime, but they are Japanese in origin so I'm counting them =7=
14 days ago

ProbablyANinja
I've actually never thought about getting an anime tattoo. But now I'd definitely get one of Holo from Spice and Wolf, since that's my favorite anime/manga.

The main issue is cost, since I've been trying to save as much money as I can this year.
14 days ago
View more comments

Hello, dear reader♡! I Write about whatever comes to mind,though just a warning my thoughts shift from topic to topic☆ 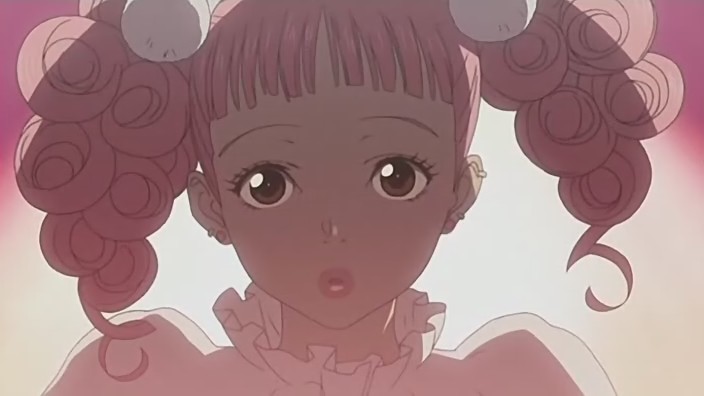