Mitsuna16 days ago
A club for those who love 'Ensemble Stars!!' and to meet fellow producers

Ensemble Stars! (あんさんぶるスターズ！), often referred to as Enstars! (あんスタ！) is a Japanese game franchise by Happy Elements and a spin-off of the 2012 game Ensemble Girls! It was first released as a Mobile Japanese CCG (Card Collecting Game) released on Google Play on April 28, 2015 and on the App Store on May 1, 2015. On March 9, 2020, the app was relaunched and was split into two separate games, Basic, the original Mobile Japanese CCG with brand new story content, and Music, a brand new rhythm game. An anime television series by David Production aired from July 7 to December 22, 2019. 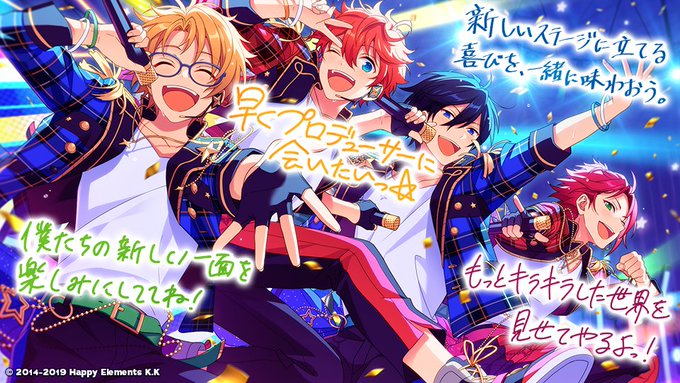