Her design was created by illustrator KEI and her voice provided by the voice actress Asami Shimoda.

Due to quality issues the original voicebank had been discontinued and was replaced by "act2" on July 18th 2008. This included also an updated package illustrations in which KEI fixed some flaws and added new elements such as frills added to the bottom of her shirt.

On December 12th 2010 she recieved additional voice banks dubbed 'Append' with a new package illustration provided by Osamu. An update to VOCALOID3 is scheduled for the future. 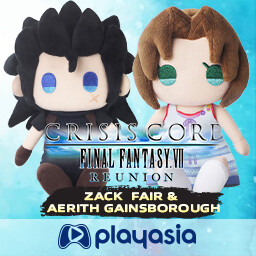 Added by
kilani 12 years ago
Last edited by
Kaneel 8 years ago
Source vocaloid.wikia.com
Except where otherwise noted, text is available under the Creative Commons Attribution-ShareAlike License.
© Crypton Future Media