Mayoi, the main character of Mayoi Snail, is the ghost of a fifth-grade elementary school girl. She was killed in a traffic accident while trying to reach her mother's home, and has since unsuccessfully attempted to do so. She can only be seen by people who do not want to reach their destination. Koyomi met her in a park on Mother's Day and offered to help her find her mother's home. She makes a lot of spelling mistakes and has a habit of mispronouncing Koyomi's family name. Her family name before her parents got divorced was Tsunade (綱手) She later graduates to become a "Wandering Spirit," after Koyomi and Hitagi help her reach her destination. In Mayoi Jiangshi, Koyomi and Shinobu accidentally travels back in time 11 years, the day before Mayoi's death. Koyomi, wanting to prevent Mayoi from turning into a wandering spirit, helps her travel to her mother's house. After they returned to the present, they found out the whole town was being infested with zombies. In this history, Koyomi has not met Mayoi, so in the events of Tsubasa Cat, he didn't get the information on Shinobu, or went near Mister Donuts, so Black Hanekawa killed him, causing this timeline's Shinobu to vow to destroy the world and make zombie vampires, or 'Jiangshi'. On a search for a power spot, Koyomi and Shinobu manage to attract the zombies but managed to be saved by a grown Hachikuji. It seems that Mayoi was not happy that she became a spirit, but was happy that as a spirit, she was able to meet Koyomi. Koyomi also stated that he's the happiest when talking to Mayoi. 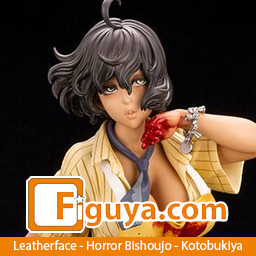 Added by
Rukia121 12 years ago
Last edited by
kumasanmk 10 years ago
Source en.wikipedia.org
Except where otherwise noted, text is available under the Creative Commons Attribution-ShareAlike License.