Rena is a girl in the same grade level as Keiichi, and the main female protagonist of the question arcs. She is very kind and takes care of Keiichi whenever possible, but is also naïve and is usually subject to light teasing by Keiichi. She is distinguished by her obsession with things she perceives as adorable, calling them kāii (かぁいい, a slurred form of kawaii (かわいい), meaning "cute"), which are usually moekko characters or items she finds while scouring the local dump. Whenever she sees something that grabs her attention, she proclaims "I wanna take it home!" (お持ち帰り〜 Omochikaerī) and proceeds to try and do so, becoming virtually unstoppable during these intervals. She also utters the phrase haū (はぅ〜) when excited or flustered, and has a habit of repeating phrases at the ends of her sentences, most famously kana? kana? (かな? かな?, lit. "I wonder, I wonder?").
Rena's real name is Reina (礼奈), a name she used normally before she moved from Hinamizawa to Ibaraki with her parents one year prior to the events of the story. There she discovered her mother having an affair, causing Reina to smash all the windows in her new school and assault three male students with a metal bat under the influence of the Hinamizawa syndrome. Believing herself to be cursed by Oyashiro for leaving Hinamizawa, Reina returned to the village with her father shortly after the incident and changed her name to "Rena" out of shame of her parents' subsequent divorce. So as not to alarm Keiichi, Rena claims to be a relative newcomer to Hinamizawa herself. Because of the incident, Rena is sensitive about the topic of Oyashiro, believing strongly in the existence of the deity and the curse, and becoming angry and unstable whenever anyone questions it. Her weapon of choice is a large billhook borrowed from her tool shed (the dump in the anime). 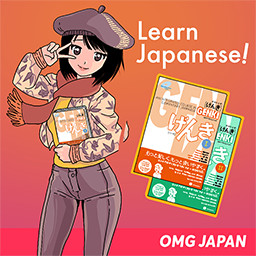 Added by
Rukia121 12 years ago
Last edited by
LambdaBern 2 years ago
Source higurashianime.com
Except where otherwise noted, text is available under the Creative Commons Attribution-ShareAlike License.
© 07th Expansion