Tifa Lockhart (ティファ・ロックハート, Tifa Rokkuhāto) is a player character in Square Enix's role playing game Final Fantasy VII. Created by character designer Tetsuya Nomura, she has since appeared in the fighting game Ehrgeiz and cameo appearances in other titles, as well as the CGI film sequel to Final Fantasy VII, Advent Children and related games and media as part of the Compilation of Final Fantasy VII series. As of Advent Children, Tifa is voiced by Ayumi Ito in Japanese, and by Rachael Leigh Cook in English.

A member of the terrorist group AVALANCHE and owner of the 7th Heaven bar, Tifa is the childhood friend of Cloud Strife, the protagonist of Final Fantasy VII. Convincing him to join the group to keep him close and safe, she later assists him in saving the planet from the game's villain, Sephiroth. Elements of The Compilation of Final Fantasy VII later touched upon her character further, such as the film Advent Children in which she attempts to convince Cloud to let go of his self-imposed guilt and move on with his life after Sephiroth's defeat.

Named the pinup girl of the "cyber generation" by the New York Times, Tifa has been compared to Lara Croft as an example of a strong, independent and attractive female character in video games. Sources such as IGN and UGO.com have both repeatedly praised both the character's appearance and strength as well as one of the best female characters in gaming, while Play named her the "most adored" of the Final Fantasy series' female characters. In 2007, Dengeki PlayStation named her the eighth best fictional character all time to appear in games for the Sony PlayStation. 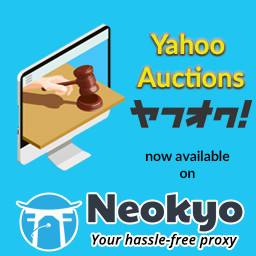 Added by
Mia-chan 12 years ago
Last edited by
PlushManiac 1 year ago
Except where otherwise noted, text is available under the Creative Commons Attribution-ShareAlike License.