The female protagonist. A research member in Victor Qondria University's Brain Research Program (age group matches that of third-year high school, but skipped a grade through America's educational system). 18 years old, skipped a grade and is in university. Also famous in America for writing thesis papers, part of which is covered in the news. Tsundere. Thanks to skipping a grade in America as a girl, she was envied by people around her, and ended up building a strong personality. Doesn't want to show weakness to others, so she always has a stern expression. However, she is very curious, and when she builds interest she pokes into things. Occasionally has views that differ from regular opinion, like, "The experiment data is more important than the subject's privacy." Rintarou often tells her, "Hey, you've got a pretty good sense of being a Mad Scientist", but she's not one to agree to such things personally.

Rintarou has given her plenty of nicknames, in particular "Christina" (クリスティーナ) and "Assistant" (助手).

View spoilerHide spoilerIn the future of the Alpha world line where SERN rules, Makise worked for them. She made major contributions to the completion of SERN's time machine and was praised as "Mother of Time Machine". In the side story "The Far Valhalla", which explores Kurisu's, Okabe's, and Daru's fate after being captured by SERN, it's revealed that Okabe devised a plan to escape from SERN's headquarter in France, but as SERN learned that it would rule the world in the future, it let Okabe and Daru go in order to complete the cycle of fate. Kurisu gave up and stayed behind, but still believed that Okabe would be able to overcome fate. In 2034, she completed the time machine and was executed by SERN. Kurisu's allegiance with SERN in the future is the reason Suzuha, a member of the resistance against SERN's rule in 2036, is initially distrustful of her. However, Suzuha's opinion changes after she learns more about Kurisu's nature.

Kurisu and her father aren't on the best terms. When she was little, her father's lectures would fascinate her so much that she would read up on them herself. It wasn't long before she started getting into the science field. Because of her talent, she would always outsmart her own father, causing the two to come to bad terms. 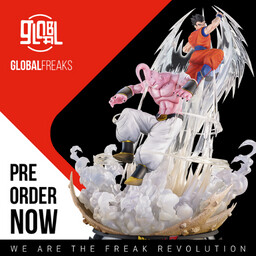 Added by
Shiddo 12 years ago
Last edited by
lifewithfigures 2 years ago
Source steins-gate.fandom.com
Except where otherwise noted, text is available under the Creative Commons Attribution-ShareAlike License.