KOTOBUKIYA first began as a single toy store for dolls operated by Jusaburo Shimizu in 1947. In 1951, he re-created his sole proprietorship into a limited liability company, together with his two brothers.

While always continuing to focus on retail sales, KOTOBUKIYA first venture into original products as a model kit manufacturer began in 1983 with Armament, their first original model kit. This was followed in 1985 with King Godzilla, their very first licensed kit.

What really set apart KOTOBUKIYA from other model kit manufacturers was the acquisition of the model kit license for Mobile Suit Zeta Gundam THE-O mecha, the first time a company other than Bandai was able to release Gundam products!

Their first foray into the non-kit business was in May of 1989 with soft vinyl statues and the Active Styling Figures (today branded as ARTFX Statues). Since then, they have increased their lineup with fully assembled and painted resin statues (now known as KOTOBUKIYA Fine Art Statues), Action Figures, One Coin Mini Figures, etc.

In their retail stores, they hold annual sculpting and painting contests, which is judged by their in-house and other known sculptors and outside judges, including the editor-in-chief of Hobby Japan, the Japanese model magazine. The number of entries normally exceeds three hundred, with entrants from all over Japan. In fact, some of their in-house sculptors originated as entrants into the contest and other toy manufacturers have scouted many others! 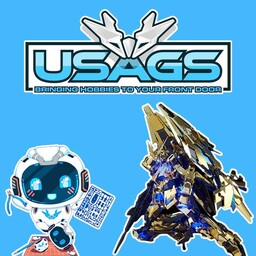 Added by
kumasanmk 13 years ago
Last edited by
Petitssk 3 days ago
Source www.kotous.com
Except where otherwise noted, text is available under the Creative Commons Attribution-ShareAlike License.