Petitssk Eastern Library
Alright, reopened, some comments have been removed.

From the looks of it, this is one controversial fellow. However, given that VTubers are supposed to be treated as online personas detached from the people behind them, this particular case is different from cases in which RL scandals and other matters carry over into figure discussions and have to be removed.

Due to that, bringing up the past of this "character" should be acceptable if it affects the way the figure itself is perceived, seeing how those were the actions of the online persona.

However, there's no need to ask for the fiftieth time what it was they did, so please just check the older comments instead.
2 months ago

Ansive
My nendoworld order finally arrived. Too bad I didn't realize they ship from the UK, I had to pay import tax due to brexit.
I ordered Ironmouse from global freaks, can't wait!
22 days ago

Aya_-chan
Liina • 1 month ago • #117632590Looking to buy her
If still looking for her, I will cancel my preorder of her.
I-m from Germany as well and have her as a reservation at figuya, maybe you would like to take her? The relese should be the end of this month.
1 month ago

shiosetsu
same issue with the arms here. most nendoroids are finicky, but if you get even .001 of an air particle on her when breathing, her arms will pop off LOL

she’s still very cute though and is fine once displayed! would recommend
1 month ago

TopMrMeeseeks
Poppy_tet • 1 month ago • #117685101her left arm hates existing properly omg its so hard to keep it in place lmao. shes still good tho
I just got mine in and I'm having the same problem with her arm, the white part of the sleeve isn't lining up with the torso. Nendo parts usually have R or L (right/ left) printed on them and I checked my arm sleeve pieces and they're both R. I think goodsmile put in 2 rights by accident.
1 month ago

Niles
Looking to sell her! She's brand new, never taken out of the box :) Would like to ask $55 shipped to anywhere in the US! Please PM if interested :) SOLD
1 month ago⊛ 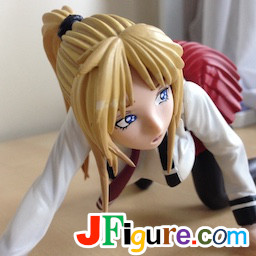