Trolly
Selling for $140 shipped in the US. Excellent condition, complete with all packaging. PM for pics/offers
1 month ago

Selling all items in my collection. Most are Mint Sealed in Box. PM.

TheAntagonist
Looking in Germany for a decent price
4 months ago

Trophies
Selling for $120 USD. Overall in good condition however the phone strap has broken off from the phone.

Pit93
Just received her pre-owned today. Very nice condition. A bit dusty but nothing I shouldn't be able to clean with some canned air. :)

I was mostly concerned about her glasses, putting those on is always a potential challenge and I definitely had to take them off and put them on again, because of how wonky the previous owner had put them on. But because I wanted her without the cat ears, I had to change the hairpiece anyway, which means the glasses would have to be newly put on either way.

Everything worked out fine in the end though, got them to sit nicely. I really wanted a normal Hanekawa (I already have a couple Black Hanekawa) so those cat ears, even though cute, really had to go. There are other normal Hanekawa figures but I just love the pose and accessories in this one. ^^

One negative surprise at the end. I don't have a space to put her up right now, so I already planned on putting her back in the box after checking her out and checking if everything with her glasses and normal hair works out only to realize that there's no spot for her cat-ear-hairpiece in the box. It doesn't fit into the depression for the regular hairpiece. So I had to secure the piece in a way that didn't risk breaking off her thin ahoge but I think I managed nicely. XD
5 months ago⊛
View more comments 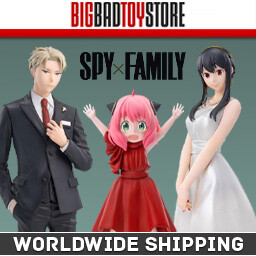