gatodecascabel
Selling her for 40 + shipping only in Europe. She's complete with her box and plastics. Perfect shape. I can provide pictures too. I'm from Spain, so if you are from there too it'll be cheaper.
1 month ago

sassyserpents
Looking to buy in the US :)
3 months ago

002 ❤I love Zero Two❤
Incase anyone was curious, You can switch the heads between the two figures. Aqua's head on her body fits pretty well, but Emilias needs to be cut down a bit to fit perfectly. From a distance though She looks really good. 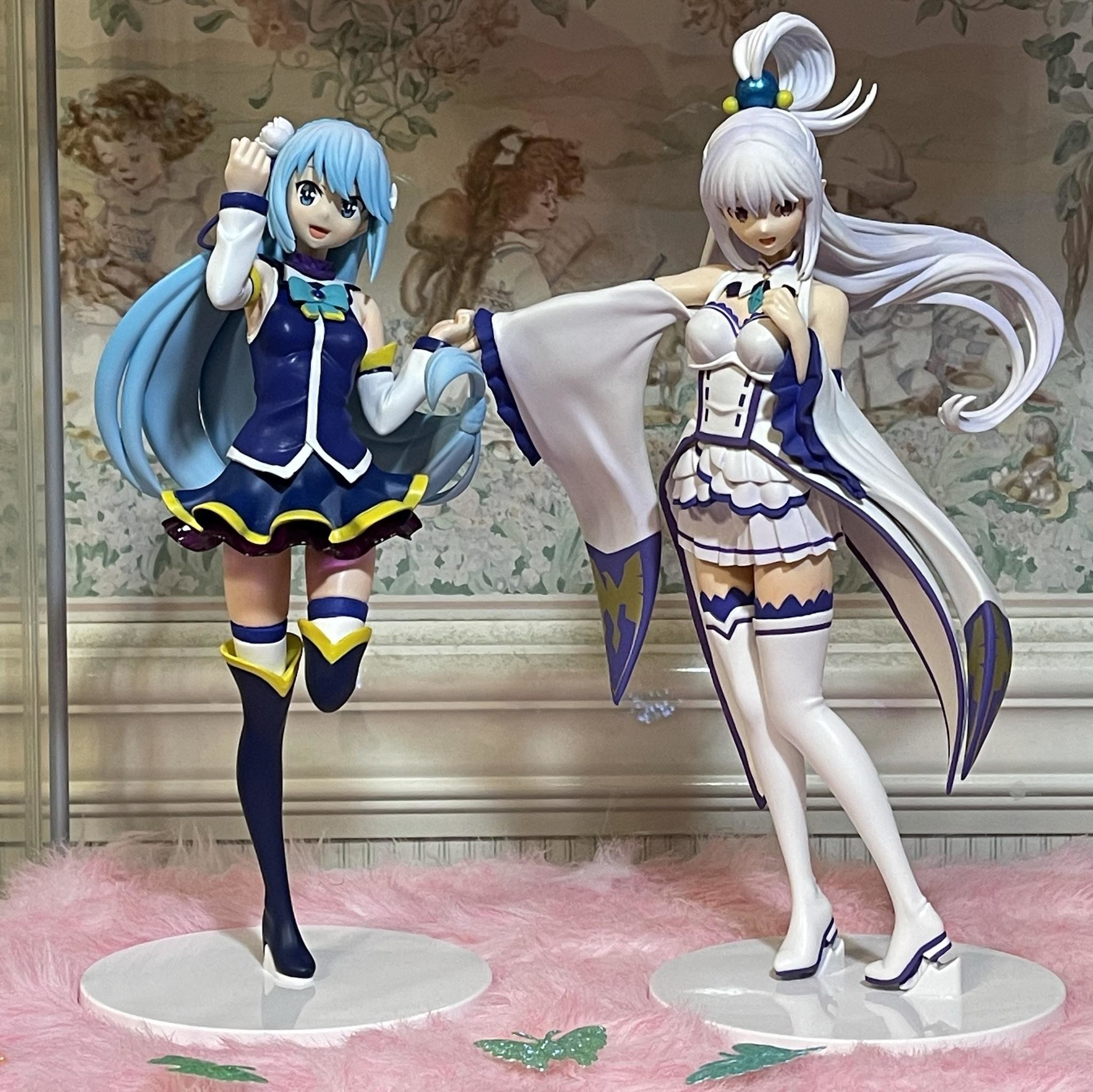 killuas
my figure came in and unlike the reviews it’s really nice! the painting is fine and nothing is broken. do I have better figures? yes. but this figure is really nice and I’m planning on getting the Emilia version.
7 months ago

DetectiveK
Recently got Aqua and her head/face is rotated 30 degrees or something to the left.... so she is not looking when you try to look at her like on the box art.

Hokusai
You can't even make this shit up, SEGA just sucks dick at everything they do with figures now a days. It's sad because some of the figures they produce have great potential in their illustration and then it's handed off to satan himself to fuck that shit up. You could bring the argument of how it's just a prize figure but there are companies who make great prize figs for just $20. Don't think I'll be buying nor recommending buying a figure from amazon overseas again after this experience.
1 year ago

EsmeAllan
Hokusai • 1 year ago • #75426069when it arrived the fucking box looked like it just been dropped from a five story building, then run over by a fucking train for a mile.

Getting flashbacks to the time someone sent me a Sega prize figure WRAPPED IN A FEW LAYERS OF TISSUE PAPER. Thank God It hadn't been coming all the way from overseas...
1 year ago

Hokusai
This is somewhat of a decent figure. Sega has the ability to make great figures and really meh figures. The concept of this figure is great but execution of the figure is fucking awful. I place it on the middle spectrum of really meh figures from Sega as it is definitely not the worst Sega figure.
A side note that i want to add about this figure is that there is a 90% chance that this figure will come with either the pony tail broken, the hand broken, or both broken. Mine, unfortunately came with both the hand and the ponytail broken. Some super glue should be able to fix it but idk man.
The paint job on the thighs and skin in general looks complete dog shit. There's red tints everywhere around the breasts, armpits, and thighs. Then there is also black paint smudges everywhere on the skin, it's fucking ridiculous.
I bought this figure "New" from Amazon and when it arrived the fucking box looked like it just been dropped from a five story building, then run over by a fucking train for a mile. To put the icing on the cake, they wrapped the figure box in a 1/4" layer of bubble rap and called it good when it was shipping from Japan to the U.S., like what the fuck? The figure and it's base came stained with yellow and red shit that I had to clean off so I would hardly call the figure "New".
Don't even get me started on the fucking packaging Sega did with this figure. You'd think that since there are competitors who wrap their figures much better than what Sega has don in the past that they'd try and compete with them and up their packaging quality, right? WRONG. I can easily describe the packaging of this figure in one word, shit. Taito, packs their figures with a form fitted plastic sandwich encasing along with bubble wrap and cardboard. Sega, decided to throw the figure in a fucking box with a few pieces of cardboard and then called it good. God Sega sucks ass at quality control.
Overall the figure without all of the stains is a 3.5/5, on the shelf it looks like a 4/5 if you have poor ass lighting in your display cabinets.
1 year ago⊛
View more comments