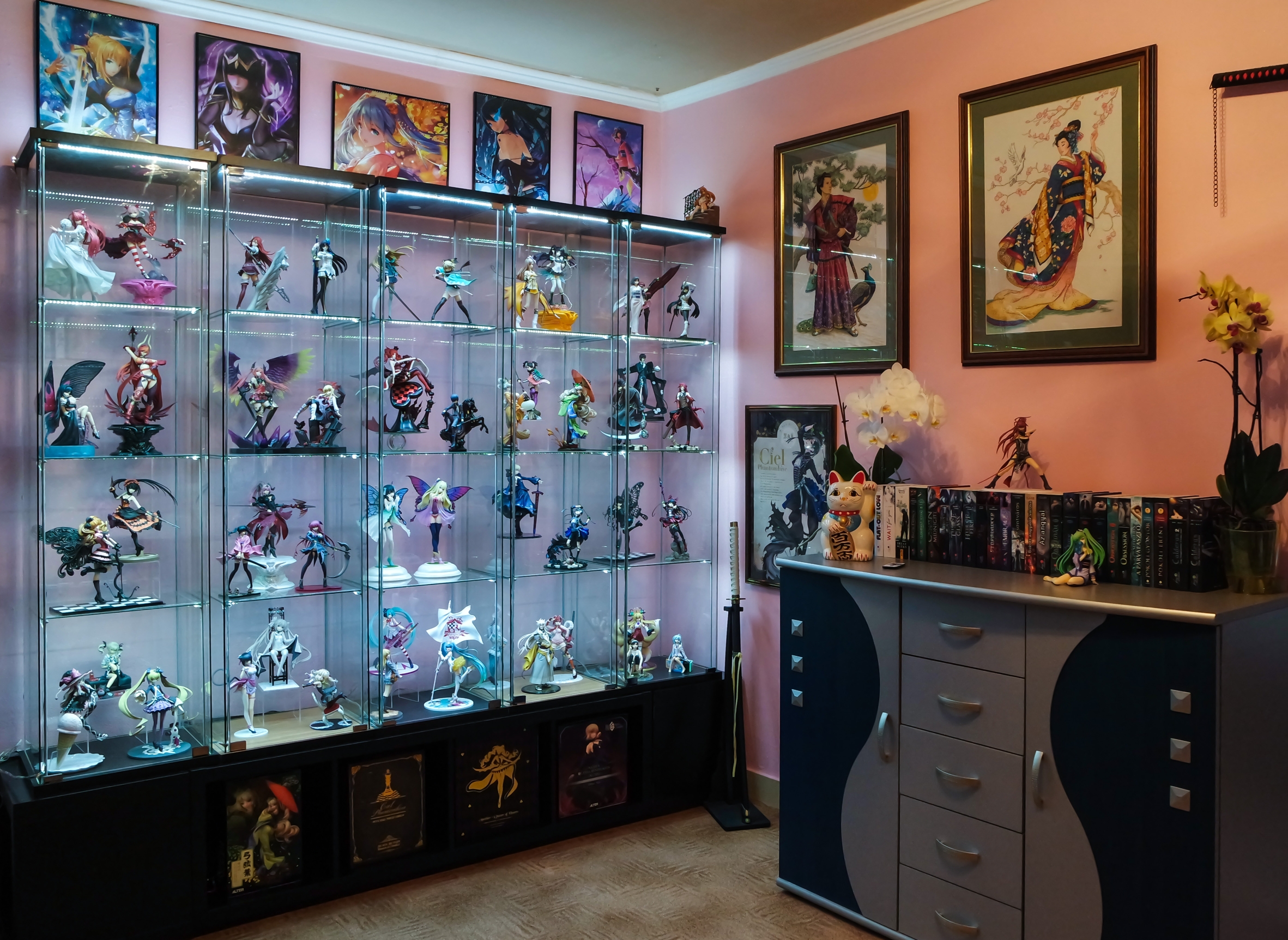 Upgrade this picture:
myfigurecollect...
Two years are the differences.

Liara
whorocks • 3 months ago • #87299146very slick!
is there a reason for using Kallax cubes instead of the longer ones?
I've been thinking of what setups to put underneath my detolfs.
Not sure if they can handle the weights.
www.ikea.com/sg...
www.ikea.com/sg...
First there was the middle element, with the three detolfs on it. This element is a good choice for three detolfs, sufficiently stable (they are supported due to the divisions). The Kallax cube on the two edges was later placed there along with the two more detolfs. I choose this solution because of the size of the space, I could only solve it with these elements.
Since then, I have modified the layout so much that I have placed the two edge detolfs on the Kallax cubes one by one, sliding them off the center element. So I think it's much more stable (it wasn't the best solution either because of the slightly protruding edge of the middle element).
I hope I wrote understandably :)
3 months ago

Liara
Johannesputin • 4 months ago • #85980323how did you light up your Ikea Detolfs?
I used it type 3528 led strip (600 led/5m), because highlight intensity. I did it the led strip in relation to the front facing glass shelf edge approximately 2 cm. The face of the figures as well enough receives light in this position. The cables come out below on left side. He is seen on the picture if you enlarge it. To fix the wires with tape to the side metal frame.
4 months ago

Johannesputin
how did you light up your Ikea Detolfs?
4 months ago

Liara
Th3B3stWeebEv3r • 10 months ago • #77696204What a dynamic collection! I am curious, where do you keep all the boxes?
This photo is three years ago. Since then, I have had more figures and even more boxes. The showcases are full and my two wardrobes have been filled with boxes (where by default my clothes should be :D ). I have no more places. I don't know how to proceed? (>ᴗ<)
10 months ago

Th3B3stWeebEv3r
What a dynamic collection! I am curious, where do you keep all the boxes?
10 months ago⊛

Hiromitsu
This is a bit of a weird one, but which figure is the box next to the Fate-box in the Kallax below the Detolfs? ^^'
2 years ago

Fisheye
I love your setup!
2 years ago

Liara
ShadeLightTheory • 2 years ago • #37143686This collection is gorgeous!! I love how its not cluttered. I can't wait till I get my collection this large.
Thank you ^_^ My collection has expanded a bit, but it's still not cluttered. It's very important for me to see the full shape of the figure, I hate it when the figures are covered.
I wish you many beautiful figures ;)
2 years ago
View more comments