Maakie
A happy birthday to you! :D 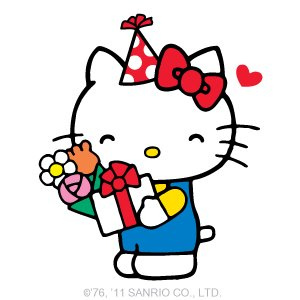 Maakie
I'm super busy so I'm very late with all my messages, sorry!

Anyway, a happy birthday to you! :D

Riesz
MissPolkaDot • 6 years ago • #2408677Nice ^w^ Mostly gotten my girls from amiami, hlj and hobby search. Been there to order them the second they got released for order. Managed to snag one on ebay and one on mandarake. Buying the dolls as they get released is not and easy task ^^;; Been up late at night a few time trying to snag one and then missing it ^^;;
Most of my Re-ment stuff is from ebay. Gotten a few recent sets from Amiami and hlj. I would love it if Re-ment remade some of their old furniture as they are getting hard to find and really expensive ^^;; The kitchen set looks amazing. I think they would sell a lot if they did remake it >w< Just see how fast the Rilakkuma kotatsu set sold, both times. Would love the kitchen and dinning set. They look great. Re-men pls make more furniture >w<

I bought a few Azone girls from Mandarake, have a couple preordered from Amiami, and bought a couple from Yahoo Japan Auctions really cheap. I also bought some clothes on YJA, which can be nice when I like the outfit of a limited doll but not the doll itself (bought the Nostalgic Story DS clothing set for Sahra, which I love...but I didn't like the doll!) I also contacted Azone on their website about buying dolls and they had a lady in Canada contact me, she's able to order from Azone in Japan and sell the dolls to people in Canada. I got Bear Koron and Peach Tea Alisa from her and I have Chestnut Parfait Alisa and Lil Fairy on the way from her. :)


I bought most of my Rement from Amiami, but the older stuff is mostly from Yahoo Japan Auctions. Sometimes people post big batches of random stuff cheap so I have bought a few listings like that. There's another site called fan21hk (also a seller on ebay) with some older Rement sets, but their current stuff is more expensive than Amiami. I bought a few older things there I couldn't find anywhere else >.<
6 years ago

Riesz
MissPolkaDot • 6 years ago • #2408376Hi there. Nice collection you have there~ I see that you too love PureNeemo dolls and Re-ment stuff ^w^ You are so lucky to have some of the Re-ment furniture sets >w<

Hehe thank you! I actually bought them all from Yahoo Japan Auctions. I got lucky with some sellers listings for a lot of older items. I hope Re-Ment makes more furniture soon - I would really love to have a kitchen counter set but they are expensive used :)
6 years ago

Maakie
Sorry for being so late! Happy birthday! Oh, cool, fellow Norwegian collector! Happy to hear there are others here. Maybe we can share info on importing figures. :)
6 years ago

robulstan
MissPolkaDot • 6 years ago • #2193518Hi there Robulstan ^w^ Saw your comment on my blog. Nice collection you have here.

Thank you. Your's is great too. Can't help but noticed the number of wished items you have haha.. I was like that, but decided to delete most of it
6 years ago
View more comments