Hello! I am Jamie, known as NayanMori! I am a 21 year old VOCALOID addict who never has enough money to spend. Feel free to message me here or on Twitter (@NayanM0ri)!
I got into VOCALOID around 2016/2017 and have been addicted to it ever since. It's basically ALL I talk about, listen to, and think about. Yes I am autistic, how did you know?
---
I got into figure collecting recently too, in 2019! I don't own many scale figures yet, mostly prize figures, so I am hoping to add to my collection!
As I said above, I mostly collect VOCALOID related figures and merch, but I also am into a bunch of anime, most popular ones being My Hero Academia and Made in Abyss!"
---
Despite what I have added in the past, I don't support or like underage, or underage looking figures and goods. I added them when I was in a phase called "if I see it and it's not on MFC, I'll add it", which I am no longer in now. 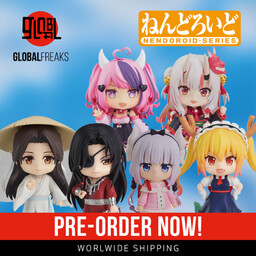