My figures that aren't on the database 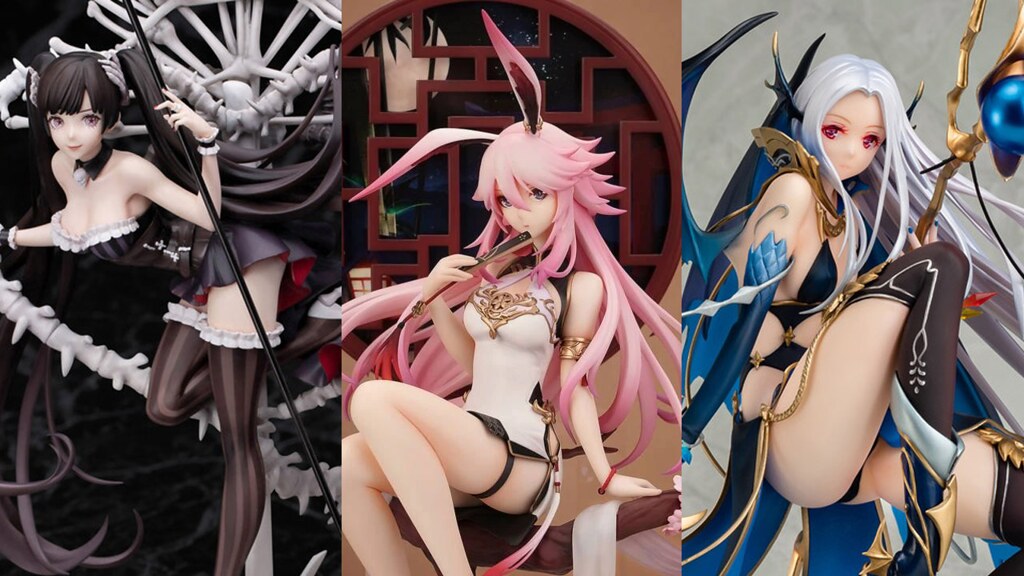 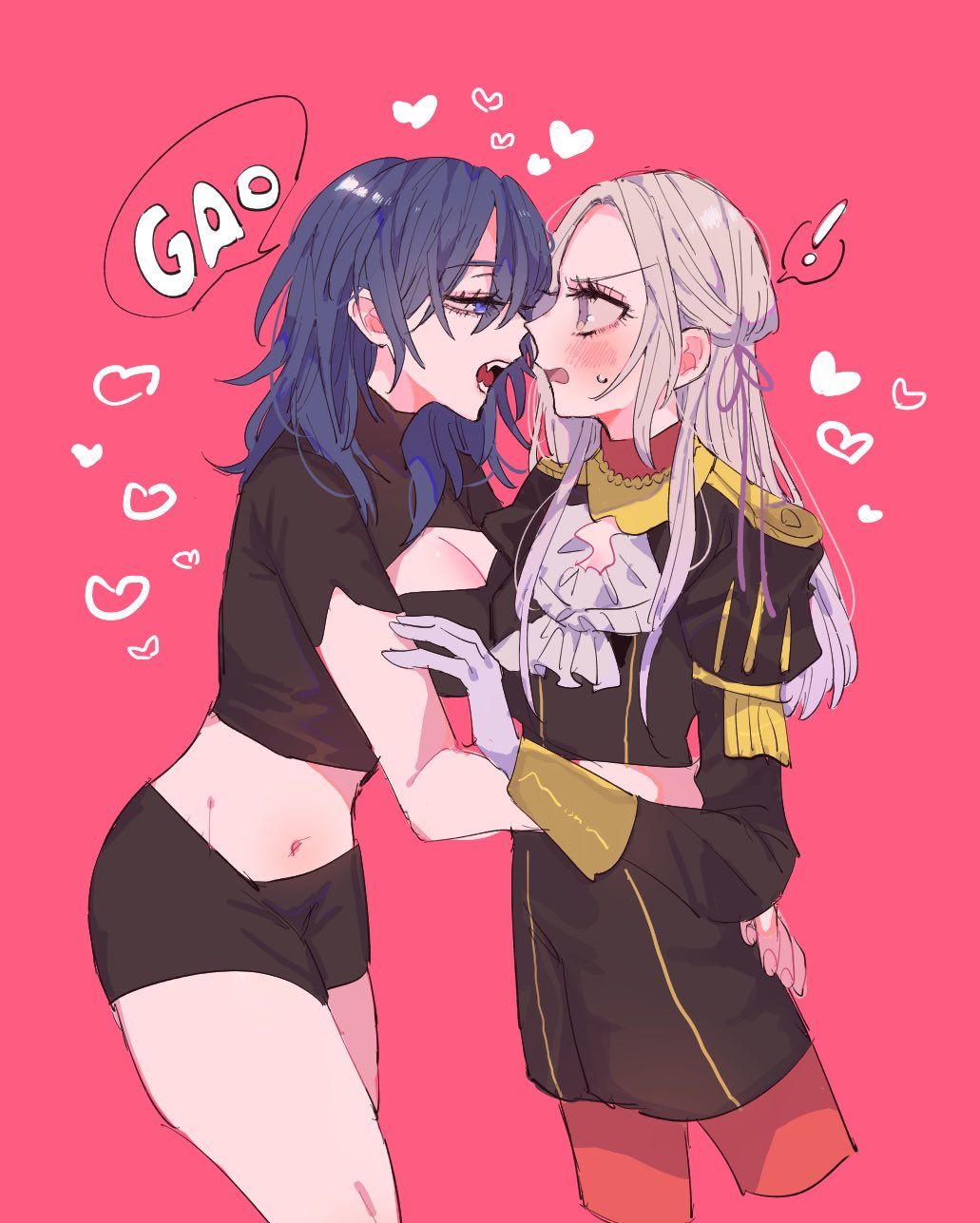 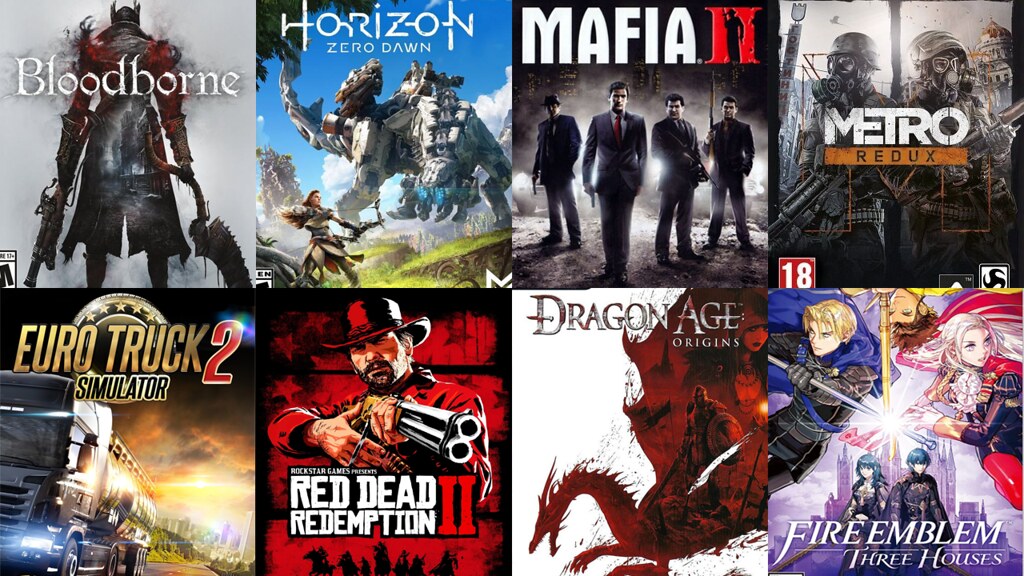 Some of my favorite anime (2018 was a great year for anime):

My waifus are Edelgard Von Hresvelg, Utaha Kasumigaoka, Shimakaze, and Sakurajima Mai.(artwork by myself) 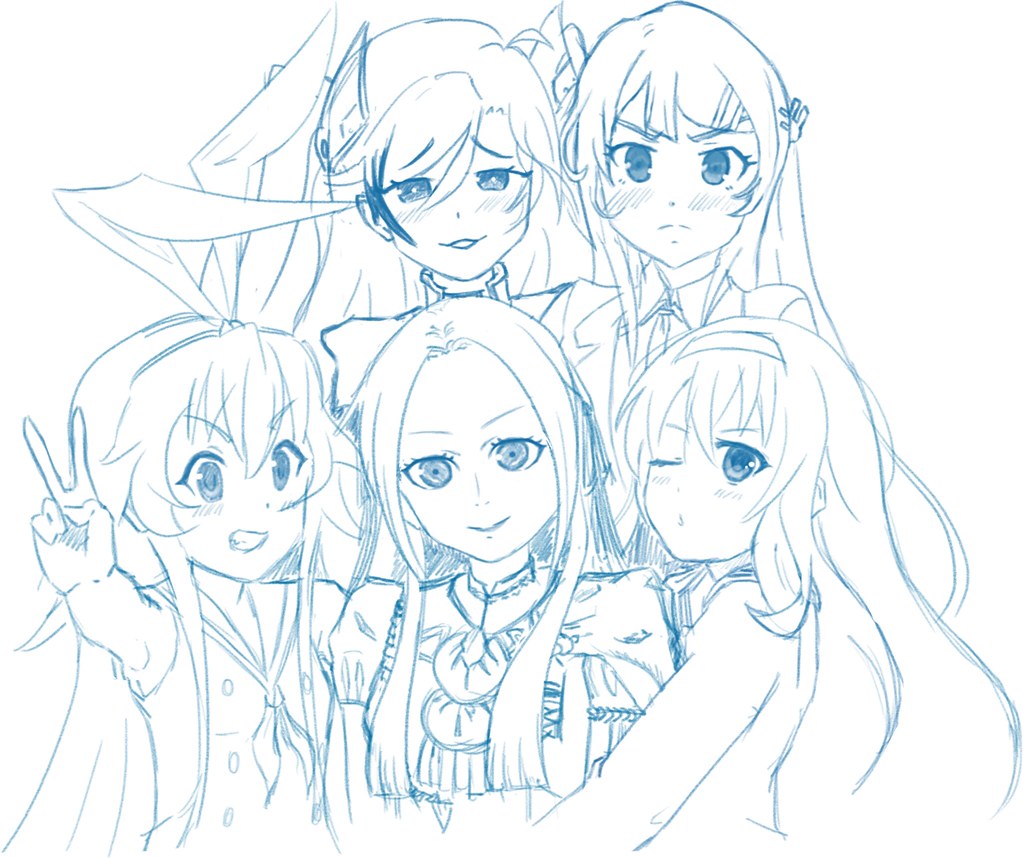 okami34
The reason for why Charlotte dresses the way she does is get men to think she's a fragile pretty girl. Charlotte also tried to indirectly make the wealthy men she flirts with to feel like they own her (She wants that money!)

I was little bothered with Kagero's breasts constantly in my face. It's didn't make chatting with here in my room an easier. I believe Kagero is only meant to visibly look sexual. Her mannerisms and speech are actually quite reserved in nature. Due to way Kagero acted in the game, I was able to easily ignore her large breast and pay more attention to her personality. Charlotte and Camilla at least wear something akin to a bra to hold their breast in place but Kagero doesn't seem to have any support at all, aside from that sash around her waist.

Have you noticed that just about all female armor in anime/videogames, don't protect any vital organs at all?! Some of the poor girls are even forced to wear high-heels shoes while they wear their "armor"! XD

You had to pay in euros for your new PC and other tech? I dead to know how much that would all cost in my currency! However, discounts and gifts card are universally beneficial in buying more stuff for less physical cash! You may as well buy the best PC you can find! :D

Education is just about the same everywhere is it? It's becoming too expensive and grade you have to go through sound like they're about the same.
3 years ago⊛

okami34
To get figure companies to acknowledge what figure collectors actually want, it would take a near impossible community effort. Just as you say, a universal boycott of all figures would be impossible because I think everyone can agree that they can always find a figure or two that they like and will want to buy and will.

But yes, the selection of male figures is limited. Male figures are never really given any dynamic poses nor are they really given any complex outfits and/or bases. Most male figures come off as this way: *talks in a forced heavy voice* "Hey,... look at me standing. I don't need to do anything because I'm too cool to move." T.T

I find this to be pretty sad since most of the people who work in companies that make figures and/or sculpt them are men (I think) and they should know what kind of mannerisms a guy has or would do in an anime.

I read some of the comments people made under one of Nintendo's trailers for FE:Fates. A lot of guys mention that they would do Conquest to get Camilla's "assets". Camilla is not the worst over sexualized female character, but she certainly is the least. This is especially true in the FE universe because I believe Aversa takes the cake! (I'm not try to be all feminist about this. Hell, I can live with the oversexualized females, but would it hurt to have more sexualized men? Nothing wrong with equality here.)

In my opinion,Camilla felt a little too dimensional for an FE character, but her core personality wasn't really that bad at all, even though it was a bit intense. ( Aversa may have been more sexualized than Camilla, but I still find her backstory to be stronger one here.)

Taking initiative and leading the charge for any situation can be hardest thing a person can do. Whether it be lack of skill, motivation, or confidence, it is not an easy feat. Hat off to you for doing that! :D

Most if not all that stuff you said you will do at your specialized school is what I have to do (or at least something close to them) while I'm at college for the next three years, three summers, and a semester. I found out about a specialized institution that specializes in teaching about how to make videogames at Comic Con in January. I believe the courses there only take two years to complete, but I'm not going to transfer there because they only give out a certificate of completion and not a degree. The institution also do not have any of the college core classes I need to take for my major such as math and english. With the way things are and the fact that TOPS could be cut off at an moment, I don't really know where I will stand financially by the time I get out of college. These days, you need a degree to get a decent job, not a certificate! :( At the very least, that is how things work in America.

How does college education work in Portugal? Are you just choosing this specialized institution as an alternative to college? Does it offer a degree or a certificate?

I never owned a PSP3, I had a handheld PSP, but it broke. I currently have a PSP4. So you bought a PC specifically for gaming? What brand is it? I've heard that gaming PC's can be rather expensive! I know the feeling of having limitless character creation option. I spent about 4-5 hours trying to figure out how I wanted my first character to look! XD I found the character creation for DA: Inquisition vexing because you have to create your character in a dark environment. The lack of lighting could affect how certain features appear to you. What may look great to you in a dimly-lit setting may look horrible in a well-lit setting!I found creating your character's face and making it look good in DA: Inquisition to be the hardest thing to do! Picking my race and class was a no brainer though! I was a rogue elf! :D

I would love to hear out your characters' back stories! (I sometimes do some friendly role-play with people online, it's just consist of typing the actions of our characters back and forth to each other. It usually consist of going on mythical quest, surviving an apocalypse, or some other weird shit! XD Silly I know, but it's still fun! I love reading the backstories of their characters too!) Feel free to shoot me that PM! Are these backstories you created yourself or are these the backstories the game gave you?
3 years ago⊛

okami34
Lol, that's the funny part about the whole thing! Polls were done for the Fire Emblem characters (I believe that Nintendo conducted them?) For Fire Emblem: Awakening, Chrom and Gaius were pretty high in the male popularity poll ,but GSC still ignored them (but not the FE women)! DX I believe that 5-6 characters who are actually truly popular should be made.I do find it great that Elise was made with her "stringbean" figure. XD Elise was my only favorite female character for Fire Emblem: Fates ,but I still don't really have much incentive to buy her. (I quoted that from a support between Elsie and Camilla.)But yes, 20-30 figures for each Fire Emblem would be chaos!As it is, Nintendo does enough spamming with the FE amibos. (I'm still pissed Chrom never truly became a Smash Bros character and an amibo...)If GSC saw a profit in doing that, they probably would go for it! XD

I'm pretty much immune to female figures as a whole, especially the one's with DD+ boobs. (I have only one female figure that is a genderbent version of a character from I movie that I liked. I intend to collect only male characters from now on.) I already have my own breasts to look at on a daily basis. I'm a perfect C, I'm not too big nor am I too small. I can get away with not wearing a bra sometimes and I can wear certain tops without coming off as a slut. ;) (I pity any girl who is A cup, it's enough makes the walls of buildings jealous! XD)(I'm also not that much of a girly girl with a bunch of magical girl crap nor am I a lesbian or bisexual. I'm straight.)

That was sweet of you to submit that poll to GSC, that silly company needs to understand what we FE fans want! I submitted my vote just now, but I think did it a little too late. I voted to have both Leo and Xander Nendos! It was the most popular option in whole poll, with and without my vote. I hope GSC acknowledges that data. :)

(P.S- I find it great that you wish to become a Videogame Concept artist, I originally wanted to do the same thing. However, I decided to pursue Videogame Design. I'm have taken up New Media and Animation a my major and I have a minor in Marketing. What degrees are you after? I also play and finished Dragon Age: Inquisition on my laptop recently and it was great (if you ignore the bugs it had). :D )

OmegaWerrier • 3 years ago • #20446654Female figures and tities (cuff... camilla...cuff) sells, so they keep at it. I did send 2 requests to GSC, one based on this blog blog/31044&amp;..., and for a Xander scale.
In my opinion, for FE characters, Intelligent systems should hold a poll after each game, where the top 5/6 favorite characters of the game were the ones to get figures, that way we'd have female and male figures, and we wouldn't have a series of 20-30 figures for each game XD
3 years ago⊛

OmegaWerrier
okami34 • 3 years ago • #20445851I would buy an Xander figure too! Too bad GoodSmile and Monolith refuse to get that through their heads and only give us female FE characters. Yes it's great were getting more FE figures this year, but at last only the girls. I don't even need to explain to you why Camilla was made. T.T (With the exception of that chibi Chrom with leaning issues!)Along with Chrom, Gaius, Lon'qu, Owain, and Leo! :3Female figures and tities (cuff... camilla...cuff) sells, so they keep at it. I did send 2 requests to GSC, one based on this blog blog/31044&amp;..., and for a Xander scale.
In my opinion, for FE characters, Intelligent systems should hold a poll after each game, where the top 5/6 favorite characters of the game were the ones to get figures, that way we'd have female and male figures, and we wouldn't have a series of 20-30 figures for each game XD
3 years ago

okami34
I would buy an Xander figure too! Too bad GoodSmile and Monolith refuse to get that through their heads and only give us female FE characters. Yes it's great were getting more FE figures this year, but at last only the girls. I don't even need to explain to you why Camilla was made. T.T (With the exception of that chibi Chrom with leaning issues!)Along with Chrom, Gaius, Lon'qu, Owain, and Leo! :3
3 years ago⊛

hipozaurus is trying her best!
OmegaWerrier • 4 years ago • #16962871Hey, was wondering if you have contacted NY by now, and if everythings ok. Thanks sorry for such a late reply, orz. I've contacted N-Y and they changed the address to yours, no problem ;)
4 years ago
View more comments 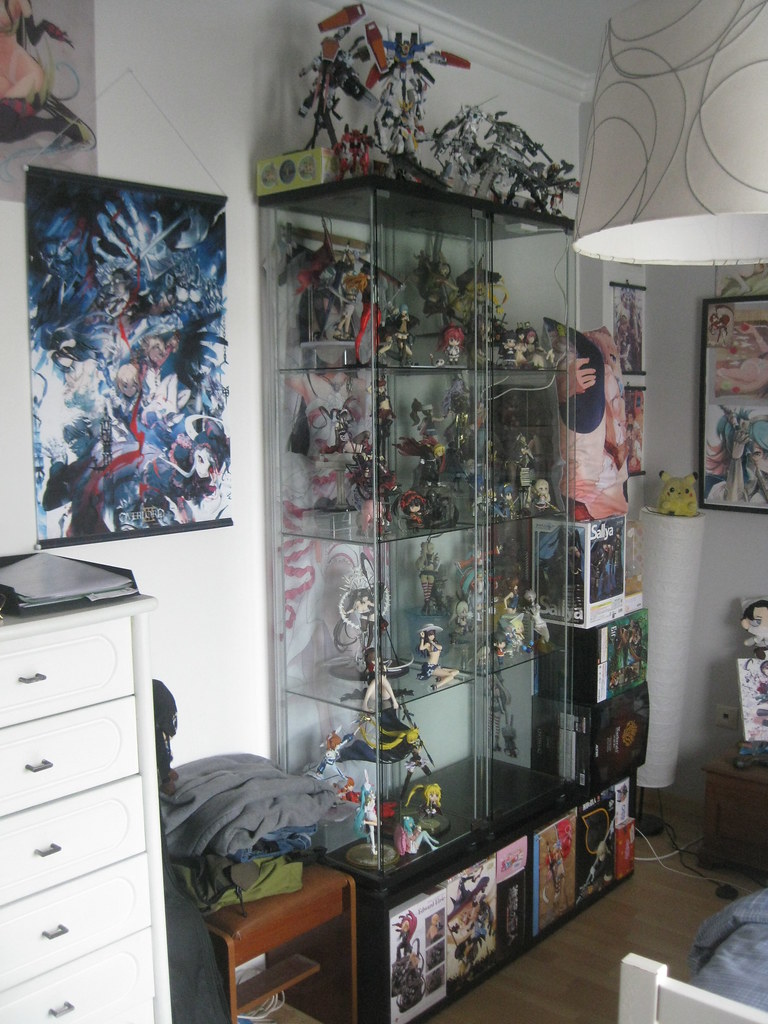 - Attack on Titan;
- Komi-san can't communicate;
- Don't toy with me Nagatoro-san;
- Uzaki-chan Wants to Hang Out!;
- The Way of the Househusband;
- Wotakoi: Love is Hard for Otaku;
- Love me for What I am;
- Rental Girlfriend;
- My Dress-Up Darling;
- Daughter's Friend;
- I Shaved. Then I Brought a High School Girl Home. 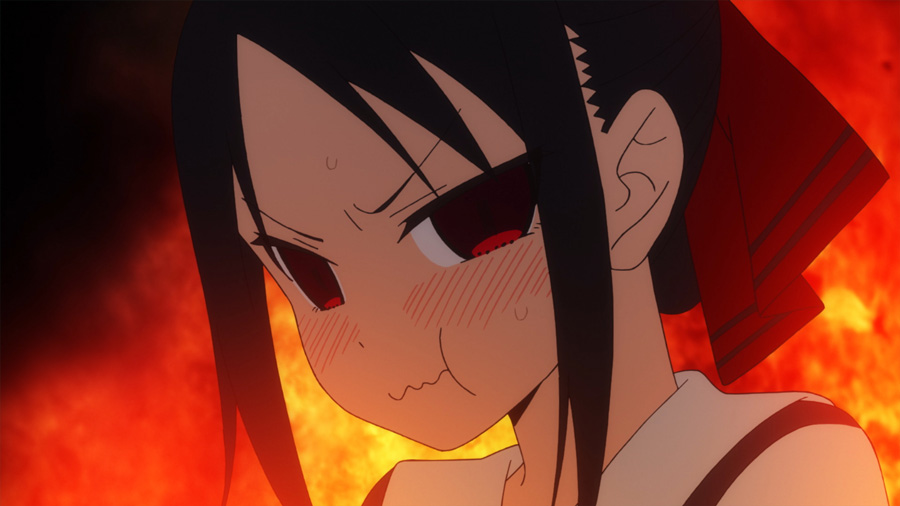