Hi, I'm Stephie. I love collecting figures. My favorites are articulated figures, especially figma. In addition to collecting the figures, I also really enjoy making dioramas and things for them. I also like attempting custom figures and hope to one day get pretty good at it. Tiamat26
it was your birthday so I wanted to drop in and celebrate with you. I hope that you have had a wonderful day and that this evening will be one to remember. 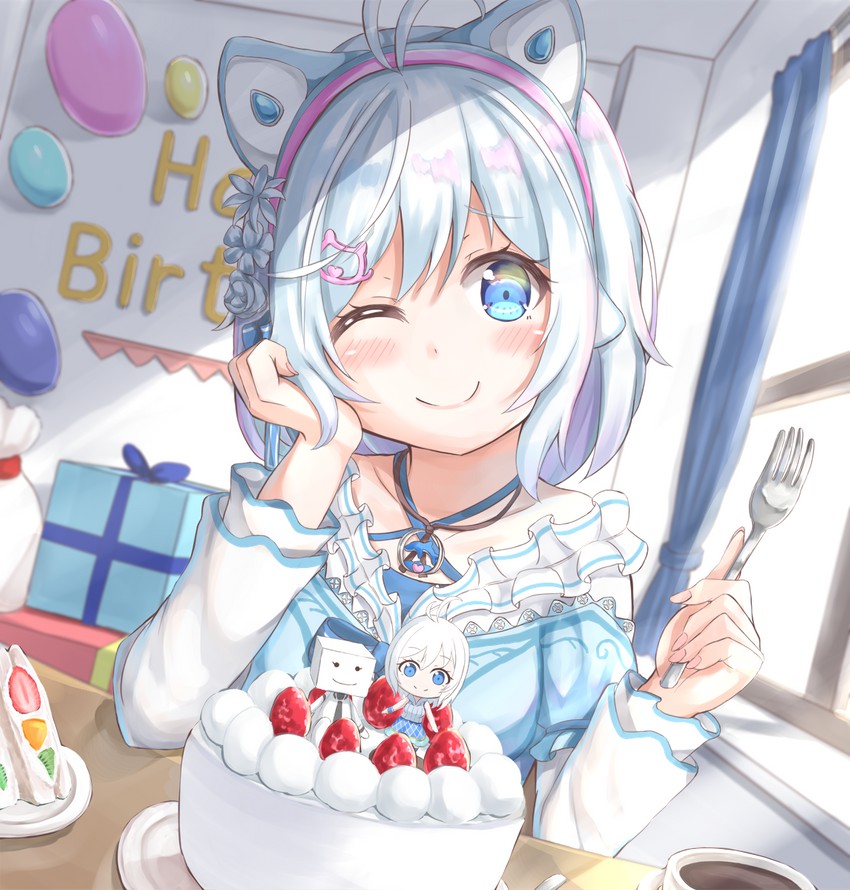 Valestein3 Here with you to Knight
I think I know what you mean about the quality of American figures. Or maybe it's because I'm not familiar too familiar with midrange brands outside of the Japanese market.

There was this company that made Overwatch figures of Soldier 76, Ana, Mercy, and Pharah. I've seen them in person and I wasn't impressed with the paint job and the likeness wasn't up to par.

Then again... even GSC hasnt been the best either when it comes to the visage of non-masked characters. Tracer looks okay, Widow and Mercy both lack their distinct, sharp jawlines, and McCree looks more like Jim Raynor from Starcraft 2 than himself! lmao

Not really a fan of that particular outfit for More Dread. I prefer her casual wear in Apocrypha. If it means more faceplates for characters or figures I like, then so be it!
2 years ago

Valestein3 Here with you to Knight
Ohhh, I'd love figures of Warcraft characters, honestly. I think there might be some by American companies.

Uther, Illidan, and Thrall in particular would be great.

Reaper is a nice Figma. Like I said, a bit bulky but he's cool.

Also, it's okay. We'll both age like fine wine Haha

Also, Nero 2.0 looks nice but her skirt isn't as open on the front like the original. Leg movement will be affected.
2 years ago⊛

Valestein3 Here with you to Knight
More Dread took me awhile to warm up, but after posing her for a couple of days, she's grown on me. In terms of design, I dislike her rear facing graves and her folded metal skirt. I'm not sure what it's called.

I think you'll like her and she's a great companion piece to a lot of Fate Figmas.

However, her face is a bit wider and thus bigger so she'll look a bit out of proportion to the rest of the cast.

BTW, do you have Figma Reaper? He's an Overwatch character.

Also, Fridaaay! WO WO WO!
2 years ago

Valestein3 Here with you to Knight
Cali is being weird right now. It's been chilly the past few days and now it's BLAZING hot.

Now everyone I know has the cold and cough.

Also, I finally got Figma More Dread. She's okay so far, but I much prefer her with her helmet on. Sadly, her faceplate are incompatible with Saber 2.0 or Jeanne :( You know, I'll have to try it on Nero. I haven't thought about it until know.
2 years ago

Valestein3 Here with you to Knight
Happy belated birthday, Steph. A REALLY, belated one.

Wishing you lots of love, fun, cake, and gifts.

Summer is right around the corner. Can you believe it?
2 years ago

FgrClctn
Happy Birthday! Hope your day is a pleasant one.
2 years ago

Valestein3 Here with you to Knight
Ohh, I loved my Mario Kart Wii racing wheel. It made it more comfortable to hold, not to mention more immersive.

Anyway, I'll get back to you when I can. I've been trying to cutdown on internet use and I feel bad I haven't responded back yet.

Have a good Friday! I hope meetings and conferences didn't get you down. And good luck on the stages as well!
2 years ago

Valestein3 Here with you to Knight
Oh, I see. I had tons of fun flinging bombs and stopping time to mess with enemies Haha

As for me, I also own the Neon Yellow and Xenoblade 2 Pro controller. Gotta admit, I was also tempted to get the Pokeball controller and Red/Blue joycons.
But is it feasible to have 6 individual joycons? That sorts thing.

May you rearrange your collection in peace.
2 years ago
View more comments