I'm Tyjos, I've been on MFC for a long time and I've been collecting for most of my life and collecting is my main Hobby.

Update 8/2/31: Down to waiting for a few Prize Figures to get in and a few Store Exclusive Action Figures to arrive and I'm working on getting more sleep this month so spending less time plugged into looking for things and have been pulling a few figures out of storage getting them on display.

Tired this month so I'm glad that I can shut down and relax, working on appreciating what's here and chilling out with the Summer Heat making me stay home there is no need right now to go out to shop locally and am content with not doing a lot this month.


Going to get back to watching Anime next month and still need to read through the Manga on the Manga shelf since I've only read 1 series last month and have been slowly going through Lord Marksman and Vanadis series on Volume 2 of that series.

Currently just working on getting to moving through watching some Anime and enjoying what I've got here, may end up rewatching Princess Lover again this month and I'm watching Super Robot Wars Divine Wars and The Inspectors so going through older series and seeing what piques my interest since I love series from the early 2000's. Gotta rewatch some other Anime too may be time for a Outlaw Star and Tenchi Muyo rewatch and get to playing more Games.

I am hoping to get some positive discussion going here since it feels like a lot of the blogs here are grumbling about one thing or another or the same old thing, would be great to see others stepping up here to help make the blogging area better by contributing good blogs that can start up good healthy discussion.

Getting to where there's not a lot of space left here so time to chill out and relax.

Tamamo is my favorite Servant and I need to get more Tamamo for the collection too later this year, I love foxgirls/kitsunes and Monster Girls so she was an instant fav when I saw her in Fate/Extella.

I am spending more time watching Star Trek and enjoying reading Manga and I've been getting into playing Visual Novels/Eroge and watching the older Anime series that I love.

I am trying to work on spending more time these days offline and I don't have Facebook,Instagram,or use any other sites and the only thing I do use these days is Twitter so I am working more on moving away from Anime and focusing more on Scifi.

My Old Collecting Blog tyjos84.wordpre... I update it more than here and at this point it's more rambling at times but that's the way I am with blogging these days.

I need more Merlin for this collection for sure, I'll try to get what Merlin figures I can and one thing that makes me a happy collector is getting a lot of the figures that are out for one of my favorite characters.

My interests in Anime are focused on Series from the 90's-2000's and Mecha and Scifi Anime are my favorite series.

Some of my favorite things with collecting figures are getting Catgirl figures and I enjoy figures in Pilot Suits since I love Mecha series and Transforming/combining Mecha are among my favorites.

Fate is one of my favorite Anime series and my favorite Saber is Saber Nero, fell in love with her because of playing Fate/Extella and that was a fun game to me.

I love to collect certain series like figures from the Shining Video Game series and those have been favorites of mine for a long time, Xiao Mei is one of my favorite characters from that series plus I love her figures plus love Tony Taka's artwork and designs.

I spend a lot of time watching 90's Anime and those series are wonderful to watch, Toonami is what helped me to get into Anime in the late 90's early 2000's so the older shows are always my favorite ones since I'm finding newer Anime doesn't hold my interest for long and end up going back to older series to watch.

My favorite Mobile Suit Gundam series is Gundam 08th MS Team and it's been one of the series I rewatch often.

Another favorite Mecha series of mine is MuvLuv and that's one that has caught my attention over the years due to the Mecha Designs in that series plus I love the Pilot Suit Designs.

I love Anime based Video Games and that's part of what lead me to collecting Anime figures, Final Fantasy is one of my favorite series of Games and Xenosaga is my favorite JRPG based game series.

Kos-Mos and T-elos remain my favorite Video Game characters and their figures are my favorites in this collection, I love their costume designs.


Overall my interest in Anime is based on Games and Mecha/Scifi series, I love that Fate has become one of my favorite series over the years.

I love Scifi based Anime and there isn't a lot of those series out there these days so the older series hold my interest a lot more than new series do.

I'm a Trekkie more than I am an Anime fan these days and Star Trek is the main series I focus on and am watching Star Trek every day and as a Sci-Fi fan I'm watching other series weekly and binging a lot of Scifi.

Chilling Out is my primary objective these days.

Working on relaxing and reading Manga and since I spend a lot of time working on getting unplugged from the Internet my interests in Visual Novels have gone up and I've been replaying MuvLuv fairly often recently finished up playing Muv Luv Altered Fable and have some other games to play so hoping to spend more time playing games later this year and I'm looking forward to the Muv Luv Alternative Anime coming later this year. 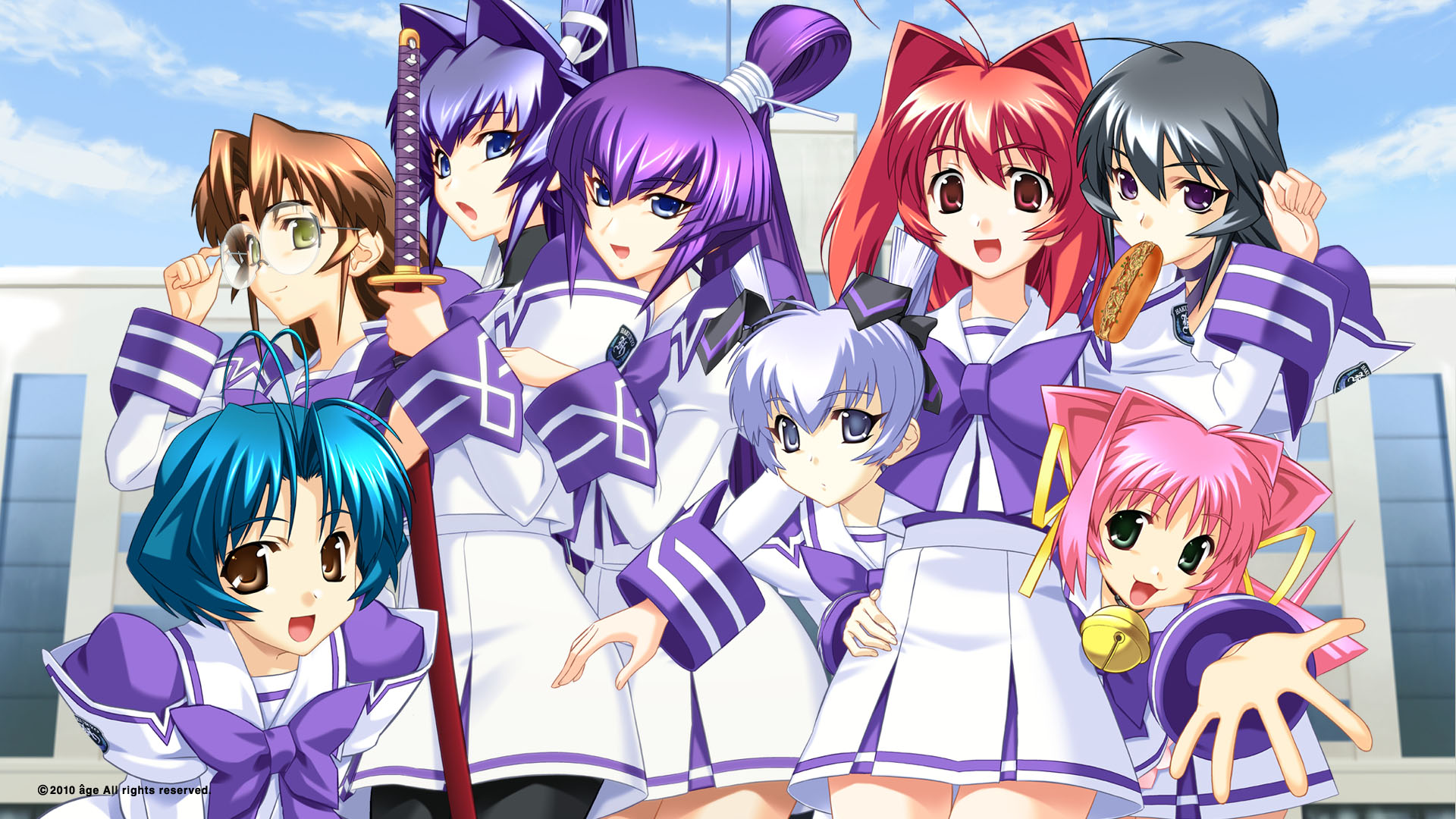 Next Year I'll work on getting back outside to take photos of Aircraft and spend more time working on Photography. www.flickr.com/... My Photos are here on Flickr, been a while since I last did any photos so gotta start on that again.

Thanks for stopping by!

fantasy_trance
Thanks for the friend request~! how are you these days? relaxing more?

AcePlatinum
I'm so sorry to hear that. I hope that in the future, it will get better. I'm glad though that you are taking that approach as those places don't deserve the time and day. Haters gonna hate and you gotta keep moving forward! ^^
3 days ago⊛

AcePlatinum
I agree with you, especially the last part. On one recent post, someone with mental illness wrote about how this place is a safe space/healing area and all commenters had a story about how this place helped them in some way, shape or form including me. So those who are not interested need to bug off and let those who enjoy doing their thing do their thing.
3 days ago

AcePlatinum
What's rude and annoying is that 1) they can simply just take the time to not view certain things and 2) do it in other place such as the forums. I can understand if you decide to do this site away, the endless loop may never go away Im afraid :/
3 days ago

AcePlatinum
Like with any good website, once you attract a huge crowd, thebad apples become more and more as well as site changes/inefficiencies(ex. Tumblr).

I can't wait to see what other ideas you have in store for us! ^^
7 days ago

AcePlatinum
I feel yah. I have only been here for 1 year and already I see a few people that I really liked talking to disappear...sad really TT
7 days ago

AcePlatinum
Thanks for sending me a FR! ^^
7 days ago

Seemed like some stuff that would interest you, 50% off with the code on top :) good luck
11 days ago

Naelyth
Have you seen "The Toys That Made Us" documentary on Netflix? I watched it recently and it was really good and I learned a lot, and it reminded me of you a lot, because you collect a lot of things from the different franchises they cover! :D Just dropping a comfort recommendation if you haven't heard of it before!
6 months ago

Taquanda
You like Babylon 5 just like me. Any similar shows you would recommend?
10 months ago
View more comments