I got a mail saying one of the package they sent to me was returned to them. The tracking didn't even show it arriving in my country. Obviously shit happened, and it's not my fault... I got 5 other packages from them after that particular order was sent...

they said they "could" send it again if I were to pay for shipping -again- plus the extra of what they had to pay for getting it back, wut !?

I spent 30000€ (3,200,000¥ seriously oÔ;)since 2012 in that shop :/ and they wouldn't accept to settle this the only right way I could consider : sending it again without me paying anything since I already paid for it, right ? (correctly this time because obviously, they fucked up... or even if it's not they fault, it sure isn't mine and I am the customer...)

their replies so far aren't taking the right path, it's like speaking to a damn wall, you the customer, are nothing.
I'm not even sure they'll refund (or maybe minus the returning charge d'oh !)

Please take the time to read our Community Guidelines.
If you need any help with the site, please have a look at the FAQ. Also, if you find a bug or have a suggestion, please report it to the appropriate discussion at The Official Tsuki Club. 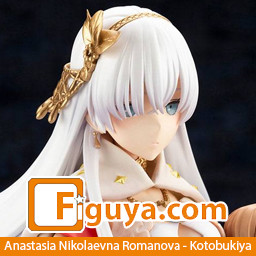