ENGLISH OK | 中文 OK
♚
Bonjour, mon ami. Call me Liv. My username is poemgranate because I like poems, puns, and pomegranates. It's nice to meet you! I’m currently into Fate/JJBA. Feel free to add me as a friend; I would love to get to know more people on MFC. ♡

I do not buy multiple scale figures of any single character. As much as possible, I prefer getting figures that: (1) feature characters that are meaningful to me (2) that are high-quality and faithful to the original illustration/design (3) fit well with the aesthetic of my room and (4) are within a stern budget. After I KonMari'd 80% of my collection, I now only own evergreen figures that I enjoy!

Aside from animanga and figures, some of my other interests include travel, fashion, makeup, design, and catching up on my film/reading backlogs. I am always happy to curl up with a cozy mystery and a warm drink. 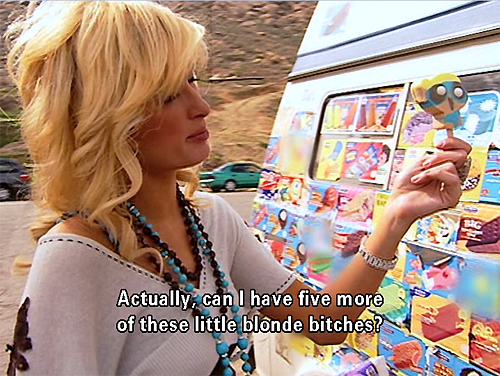 chuntaro
Such a kind and thoughtful seller! Communication was prompt, friendly, and incredibly thorough. Everything shipped quickly, arrived securely packed, and was just as described. Would be a pleasure to buy from again. True white glove treatment. Thanks so much!
4 days ago⊛

dolphpotcan
just here to say poemgranate is an awesome seller -- responsive, nice, patient, and careful. they answered all the questions I had during the process, sent many organized pictures of the figurines, and was extremely transparent about cost, shipping, and packaging. The figures were packaged extremely carefully and came in perfect condition and. would recommend buying from them for sure :) thank u poemgranate!!!
6 days ago

dolphpotcan
thanks for accepting :D my small but loved collection!! im not too familiar with jojo or the fate series but your figures all look so cool :D
9 days ago

poemgranate
CactusCalin • 7 months ago • #83443512Happy birthday poemgranate (a little bit late)!! I hope you had many present and maybe a figure! :D

Thank you, Cactus!! And I did get myself an early birthday present that I haven't opened yet! A Rohan Kishibe Nendoroid. :)
7 months ago

CactusCalin
Happy birthday poemgranate (a little bit late)!! I hope you had many present and maybe a figure! :D
7 months ago

poemgranate
angel_sweetie • 11 months ago • #78954468Thanks for accepting! :D
I really appreciated your insight and kind words towards me on the forum ♡
Of course! ♡ Same right back at you. :)
11 months ago⊛

angel_sweetie
Thanks for accepting! :D
I really appreciated your insight and kind words towards me on the forum ♡
11 months ago

poemgranate
Jc21095 • 11 months ago • #78730092I think the only one I have on my watchlist is Fate/Apocalapyce (I liked the cover art) but I’ll add both of these.
It’s a shame that it’s a mess because I do really like the characters but the whole story just makes no sense to me.
Thanks for your patience -- I've been busy these past few days!

Fate/Apo has really nice cover art, hard agree. I wouldn't recommend starting with that one though, since the lore is pretty confusing if you start there.

Tbh the Fate story still confuses people who have watched/read all of it. Some parts of it are genuinely good. It's hit or miss depending on which sub-series you are reading. I feel like you're definitely onto something re: the cool characters because the characters are definitely a big part of why Fate has such a large fanbase.

Another reason why it's probably so popular is due to how many creative "Greats" have worked on it. Fate's been blessed with having artists like Pako and Arco Wada create "third party" designs that supplement Takashi Takeuchi (OG concept artist)'s imagination. That, and there have been really wonderful writers that have created licensed stories for the franchise, like Durarara!'s writer, Ryōgo Narita, and Psycho-Pass's Gen Urobochi. This creative synergy makes the whole "Fate" package richer as a whole.

Lol I know this is way more information than you asked for, I just thought it might be some interesting information for someone who doesn't know too much about Fate!
11 months ago⊛

Jc21095
I think the only one I have on my watchlist is Fate/Apocalapyce (I liked the cover art) but I’ll add both of these.

It’s a shame that it’s a mess because I do really like the characters but the whole story just makes no sense to me.
11 months ago
View more comments